Board of Public Education

Duties assigned to the BPE include but are not limited to:

The Board consists of seven members appointed by the Governor, and confirmed by the Senate, to staggered seven-year terms. The Governor, the Superintendent of Public Instruction, and the Commissioner of Higher Education are ex-officio, non-voting members of the Board. A student representative is elected by the Montana Association of Student Councils executive committee to serve a one-year term.

The BPE provides its service through a single state agency with offices in Helena. The board has a staff of three that provide research, clerical functions, and management of business affairs for all programs under the purview of the Board of Public Education. Programs include:

Since the Board of Education is a single program agency, no organizational chart is included. 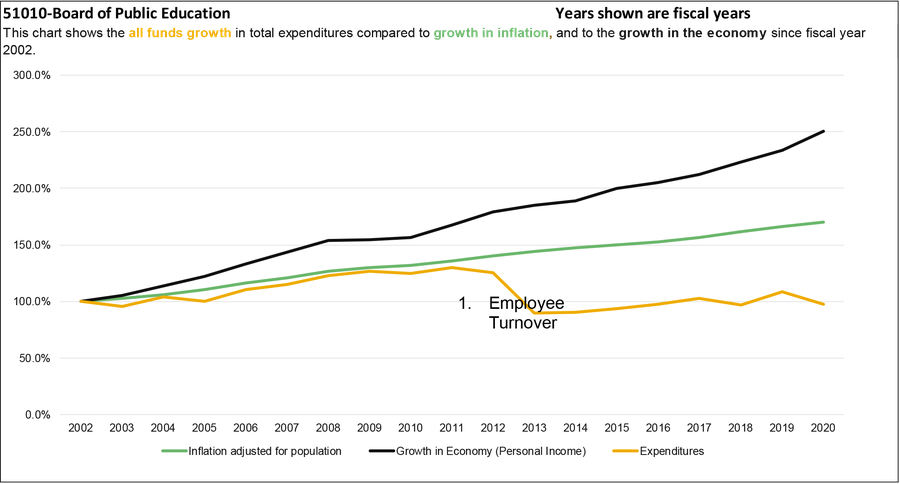 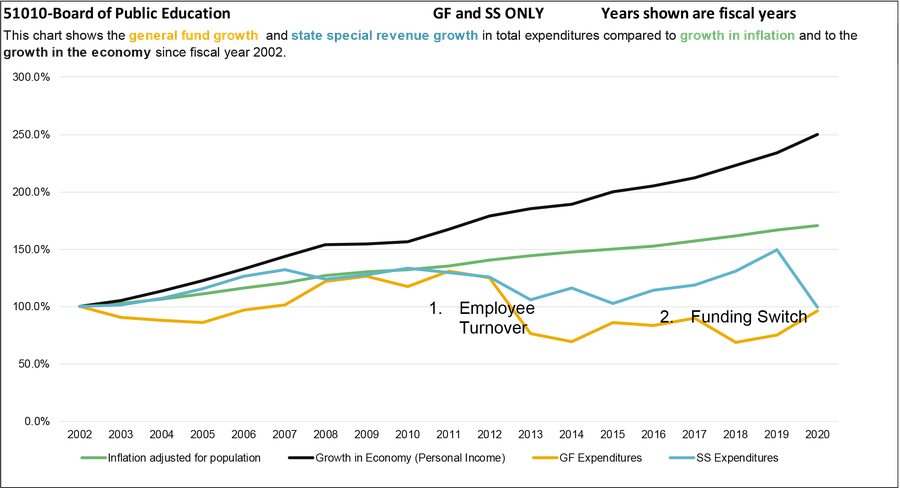 The BPE is funded through a combination of general fund and state special revenue funds. Generally, one-half of the budget is funded with general fund.

State special revenue for the BPE provided by teacher certification fees of $6.00 per year. By statute, these fees are collected by the Office of Public Instruction (OPI) and deposited into two accounts: two-thirds of the fees are deposited in the advisory council state special revenue account, which supports the activities of The Certification Standards and Practices Advisory Council (CSPAC), and one-third is deposited into the research fund and used to fund the statutory duties of the BPE and CSPAC. All revenue to the advisory council fund is expended each year before general fund is expended. As originally created, the research fund was to be a reserve for special projects. However, statute has been changed to allow for the appropriation of a portion of the fund for operations with the balance reserved for special projects.

Financial Compliance Audit - Board of Public Education - May 2019

HB 13 and fiscal note and amendments

SB 57, Revising laws related to reports to the legislature

Board of Public Education

Board of Public Education Summary

Agency profile information is provided by the Legislative Fiscal Division.