Department of Labor and Industry

• Serving as an employment agency, providing job training to assist individuals in preparing for and finding jobs, and assisting employers in finding workers

• Licensing, inspecting, testing, and certifying all weighing or measuring devices used in making commercial transactions in the State of Montana

• Administering the federal AmeriCorps, Campus Corps, and Volunteer Montana programs through the Office of Community Services

Below is an organizational chart of the department, including full-time employee (FTE) numbers and the HB 2 base general fund appropriations and the total of all funds. Unless otherwise noted, all phone extensions are preceded by (406) 444. 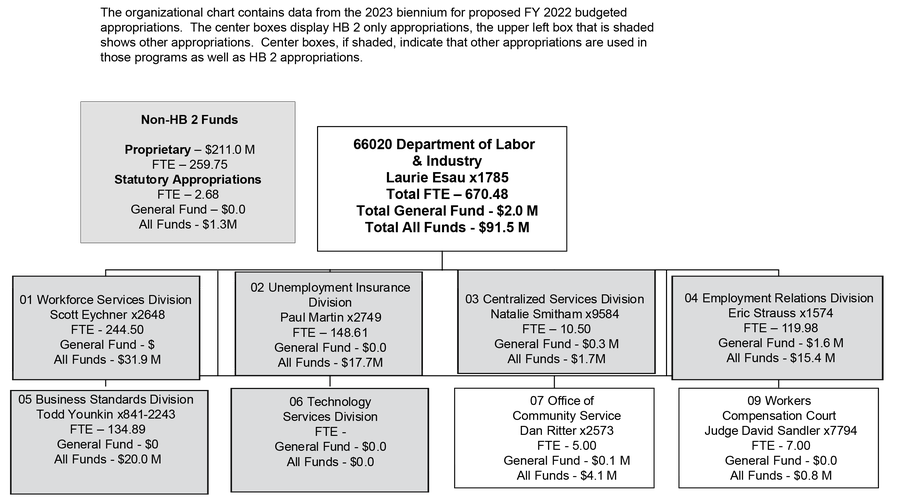 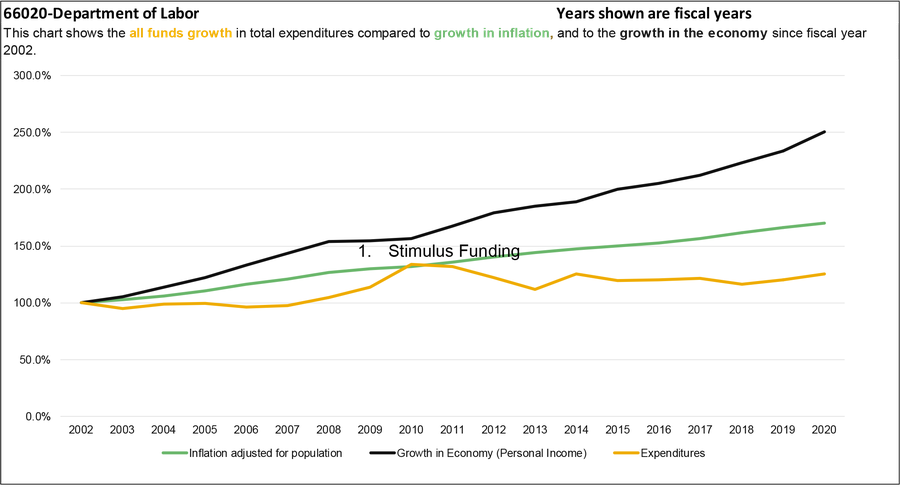 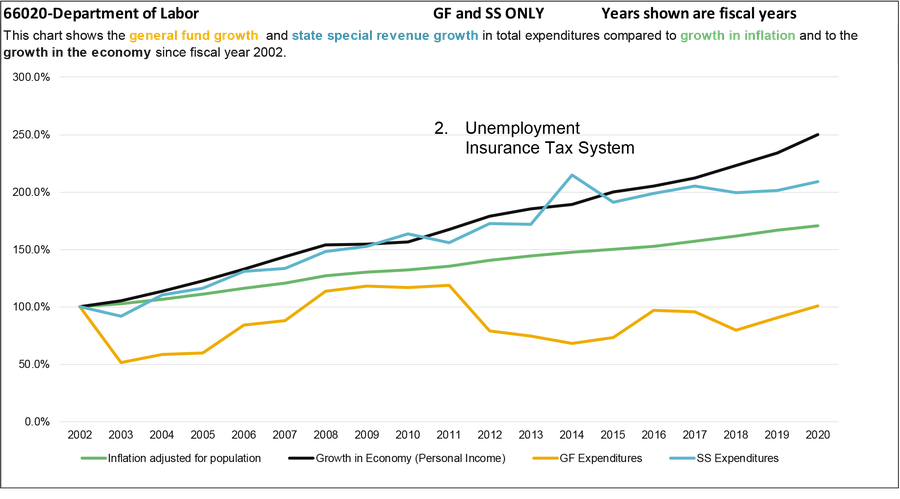 DLI’s state special revenue expenditures have increased over the last 20 years. In addition to growing on their own, they have also replaced some federal special revenue sources. In FY 2004, general fund was replaced with ESA funds and back-filled with federal Reed Act funds in the Jobs for Montana Graduates and Displaced Homemakers Programs. The legislature approved funding the Jobs for Montana Graduates with general fund and funded the Displaced Homemaker Program with ESA funds. In FY 2006, the legislature approved a funding switch from the one-time-only distribution of federal Reed Act funds back to general fund and ESA funds. In FY 2008 and FY 2009, the legislature increased ESA funds and reduced federal funds, as a result of passage and approval of HB 790 which changed the ESA employer assessment and state unemployment tax rates.