The Department of Livestock (Livestock) regulates domesticated animals. The mission includes protecting the livestock industry; controlling and eradicating animal diseases; and inspecting meat, milk, and eggs. The Board of Livestock serves as the statutory department head and consists of seven appointed members serving six year terms.

Six divisions form the Department of Livestock and perform the following functions:

Below is the organizational chart of the branch, including full-time equivalent (FTE) numbers and the HB 2 base general fund appropriations and the total of all funds. Unless otherwise noted, all phone extensions are preceded by (406) 444. 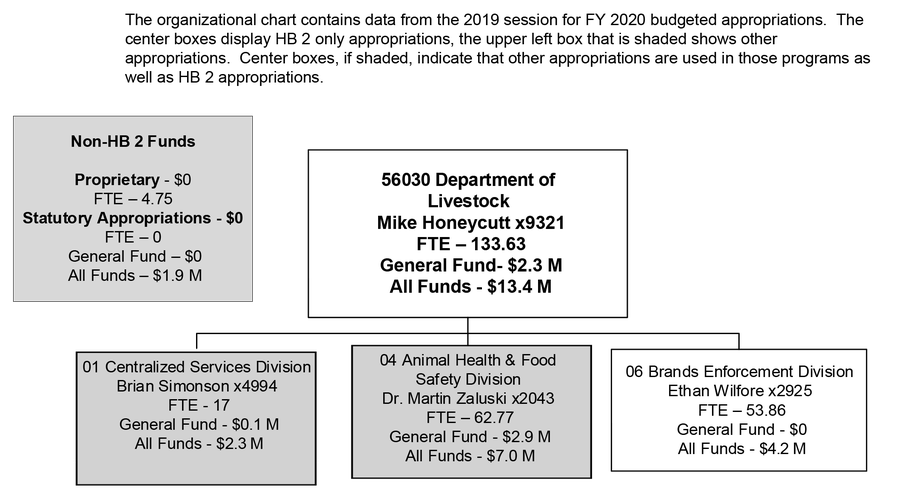 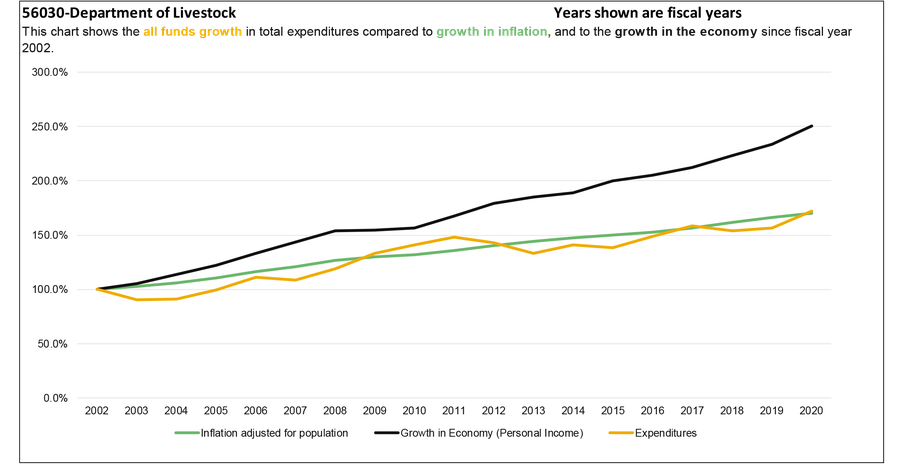 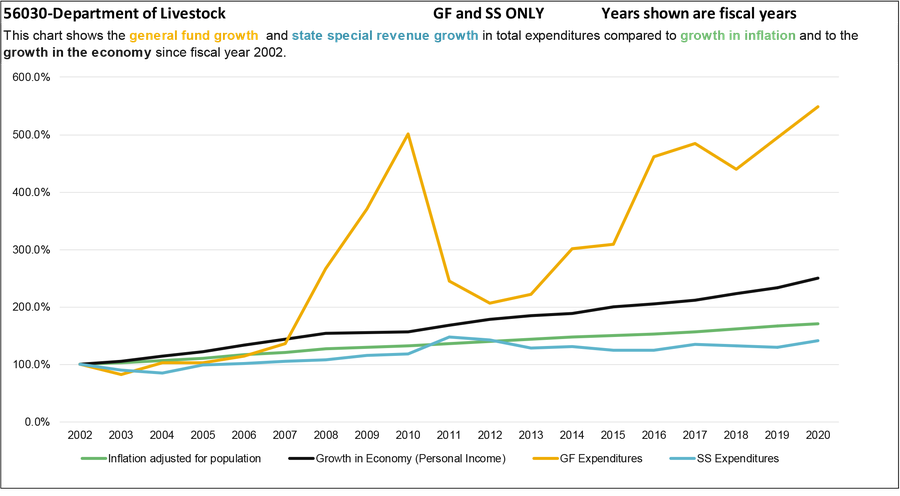 As shown in the second chart, since FY 2002 the agency has seen a shift in expenditures from state sources to general fund.  Annual growth in general fund during the period was 9.7%, exceeding the rate of inflation of 2.1% per year.  Growth in general fund is due primarily to the addition of 2 FTE to the base budget in FY 2008 for implementation of HB 364 (2007 regular session) and expenditures for brucellosis monitoring and control, the majority of which was funded as one-time-only appropriations.

Annual growth in federal special revenue during the period was 2.7% compared to the rate of inflation of 2.1% per year over the period.  Federal revenue has consistently supported 16% of total expenditures over the last 20 years.  Federal funds are expended on animal health, meat, poultry, milk, and egg inspection.

Twice the Department of Livestock significantly underspent its budget.  During the recession years of FY 2008 – FY 2011 the agency made significant cuts in response to the economy.  In FY 2016 and FY 2017 expenditures for brucellosis were less than budgeted.  The agency has used personal services vacancy savings and reductions in operating expenses to manage the budget when funding gets tight.