The Department of Military Affairs (DMA) has three primary components to its mission:

Below is an organizational chart of DMA, including full-time employee (FTE) numbers and the HB 2 general fund expenditures and the total expenditures from all funds. Unless otherwise noted, all phone extensions are preceded by (406) 444. 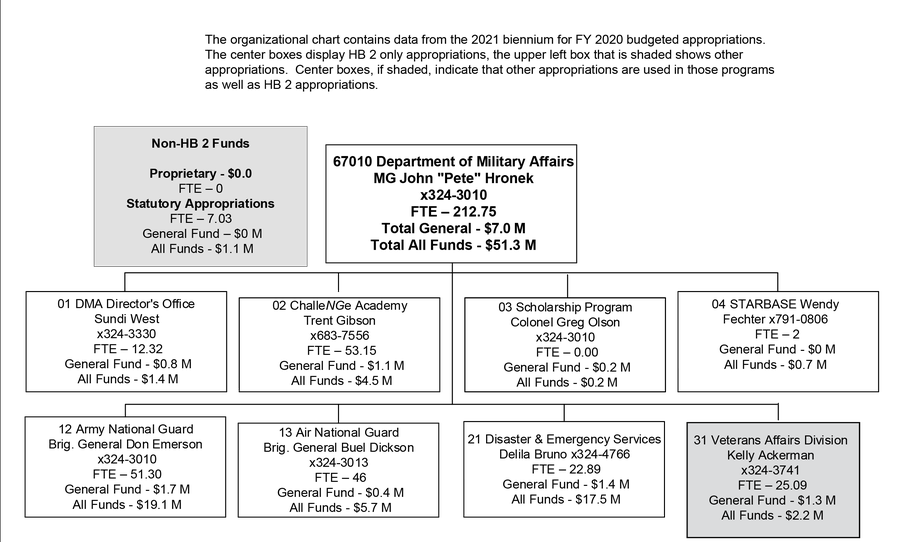 The Department of Military Affair’s (DMA) budget consists primarily of federal special revenue funds, with small amounts of general fund, state special revenue, and capital projects funding.  The volatility in all funds expenditures within DMA is primarily related to surges in federal funds for disaster relief and pre-disaster mitigation grants, as well as federal funds for major capital construction projects such as new armories or readiness centers.  Excluding these funds, the trend in expenditures for DMA generally parallels with inflation and population. The following list discusses in more detail the inflection points on the charts: 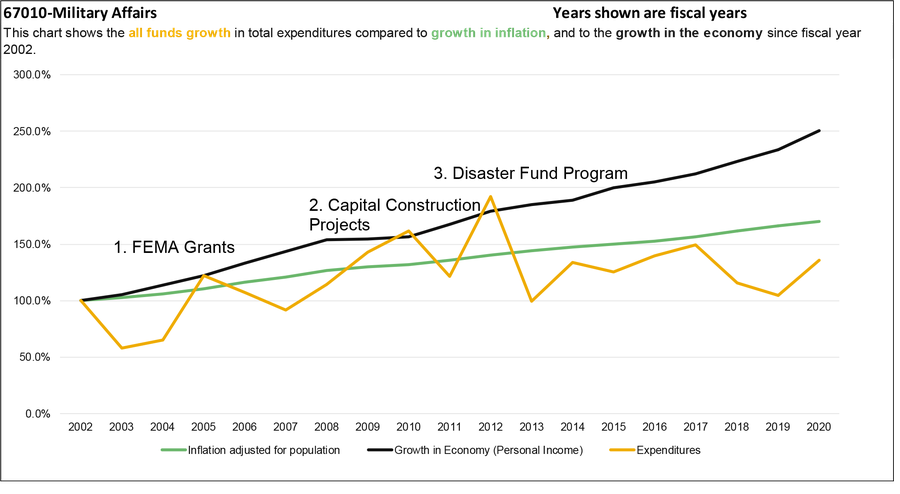 3. In FY 2012, expenditures from the Disaster Fund Program totaled $50.9 million, $49.3 million of which was a statutorily appropriated presidential FEMA grant related to severe storms and flooding Montana experienced in 2011. 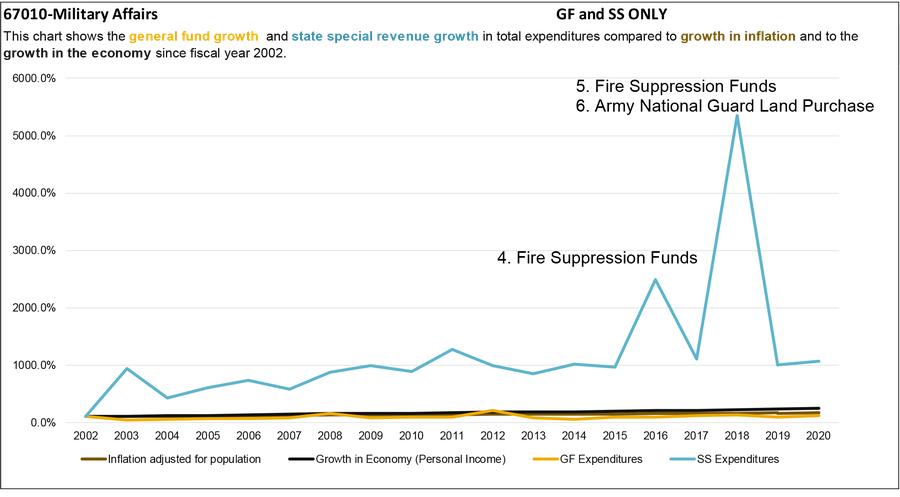 General fund supports a portion of most of the programs in DMA and the entire cost of the National Guard Scholarship Program. General fund is primarily used to meet the state match requirements for federal funds

in the Army and Air National Guard Programs and the Disaster and Emergency Services Division. General fund expenditures for DMA have grown at a similar rate to population and inflation.

Agency profile information is provided by the Legislative Fiscal Division.