The Montana Department of Transportation (MDT) mission is to serve the public by providing a transportation system and services that emphasize quality, safety, cost effectiveness, economic vitality, and sensitivity to the environment. The primary statutory references include - Article VIII, Section 6, Montana Constitution, 2-15-2505, 15-70, Titles 60, 61, and 67, MCA.

Below is an organizational chart of MDT, including full-time employee (FTE) numbers and the HB 2 general fund expenditures and total expenditures from all funds. Unless otherwise noted, all phone extensions are preceded by (406) 444. 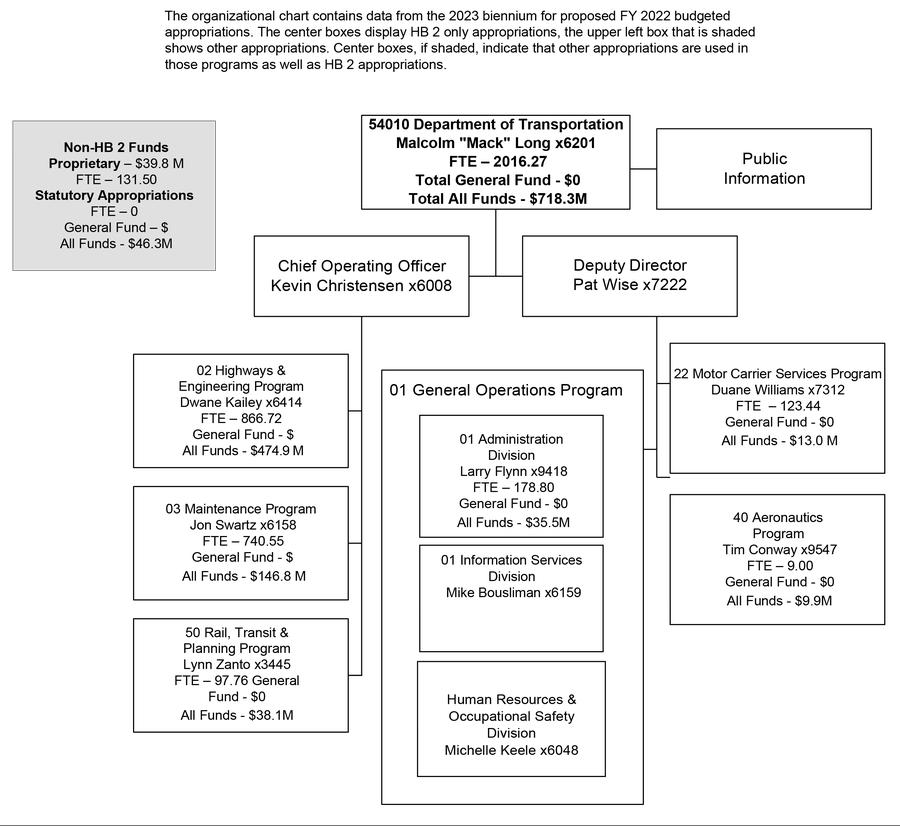 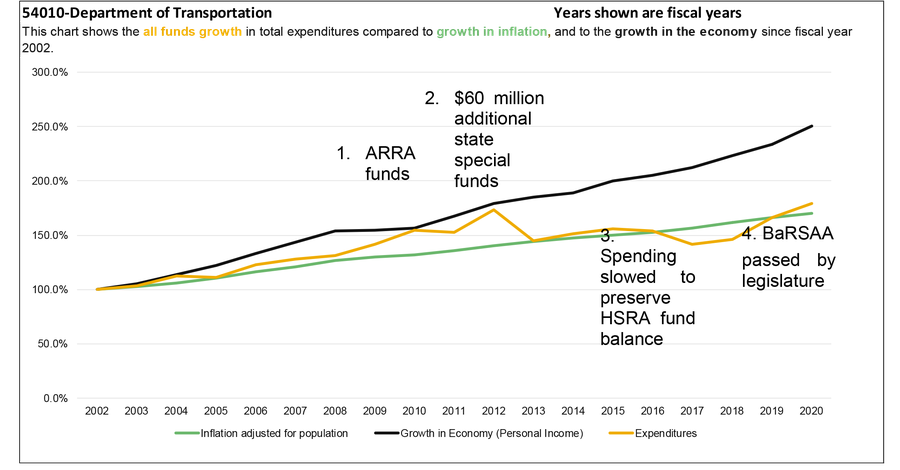 The Montana Department of Transportation’s (MDT) budget generally consists of 60% federal special funds and 40% state special revenue funds which mostly come from fuel taxes.  In general, growth of all funds expenditures for the Montana Department of Transportation (MDT) parallels the growth in population and inflation with occasional adjustments related to availability of state and federal funds as described below.

State funds are used to match federal funds as well as support the 100% state funded construction program as well as highway maintenance. 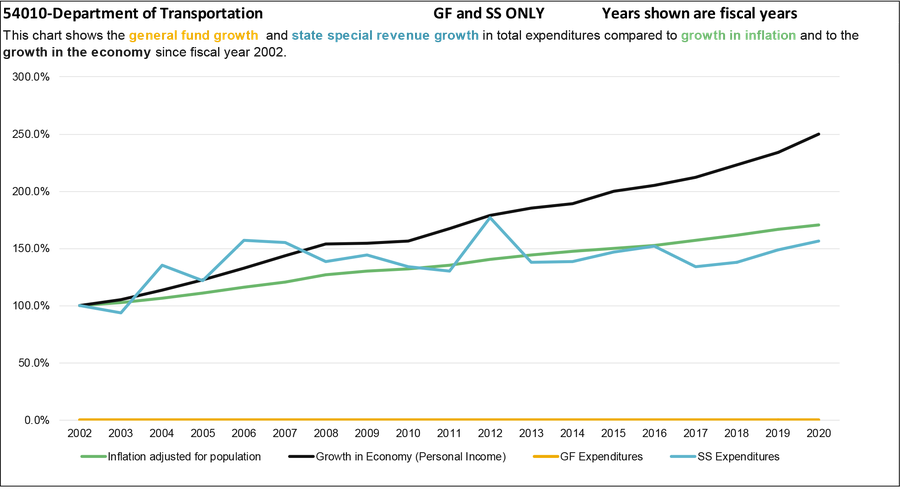 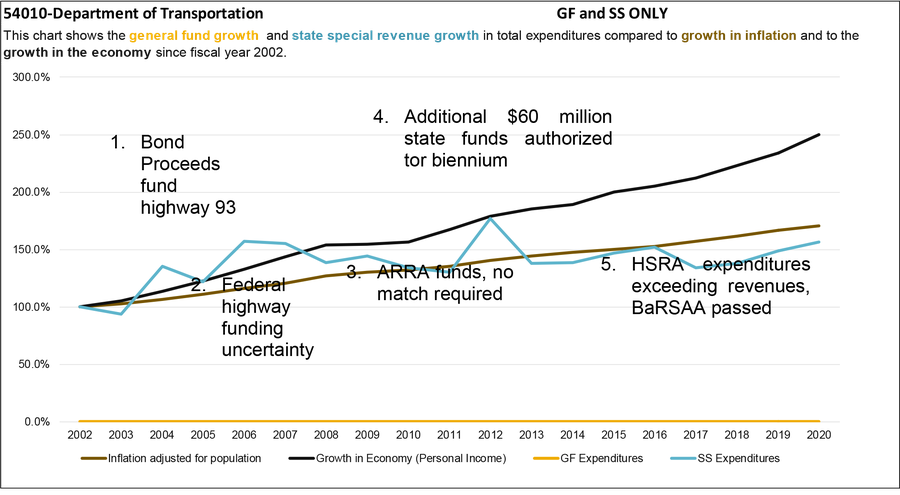 The MDT has dedicated streams of income and does not use general fund. 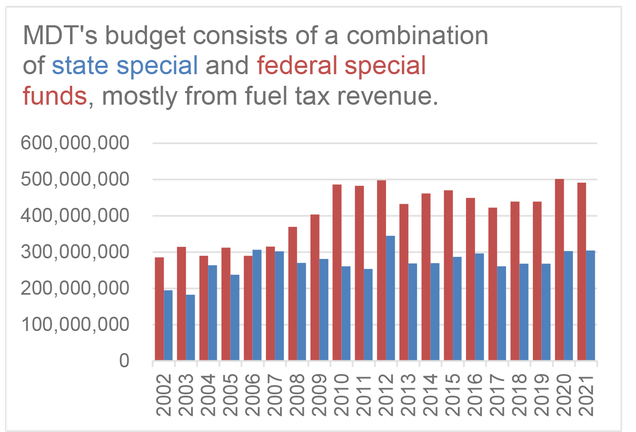 HJ 10, Study regarding autonomous vehicle use in Montana