The mission of the Governor’s Office is to oversee and direct the activities of the Executive Branch of the Montana state government, consistent with statutory and constitutional mandates. The Office of the Governor exists under authority granted in Article VI of the Montana Constitution. The primary statutory references defining duties and responsibilities of the office are found in Title 2, Chapter 15, Part 2; Title 53, Chapter 20, Part 1 (53-20-104, MCA); and Title 90, Chapter 11, Part 1 of the Montana Code Annotated.

The Governor’s Office provides services through a structure consisting of seven divisions. Services provided within the office include:

Below is an organizational chart of the office, including full-time employee (FTE) numbers and the HB 2 general fund expenditures and the total expenditures from all funds. Unless otherwise noted, all phone extensions are preceded by (406) 444. 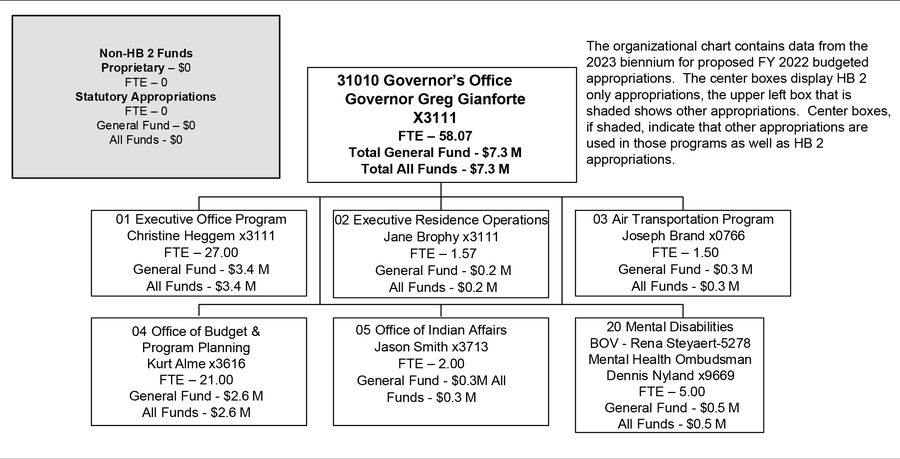 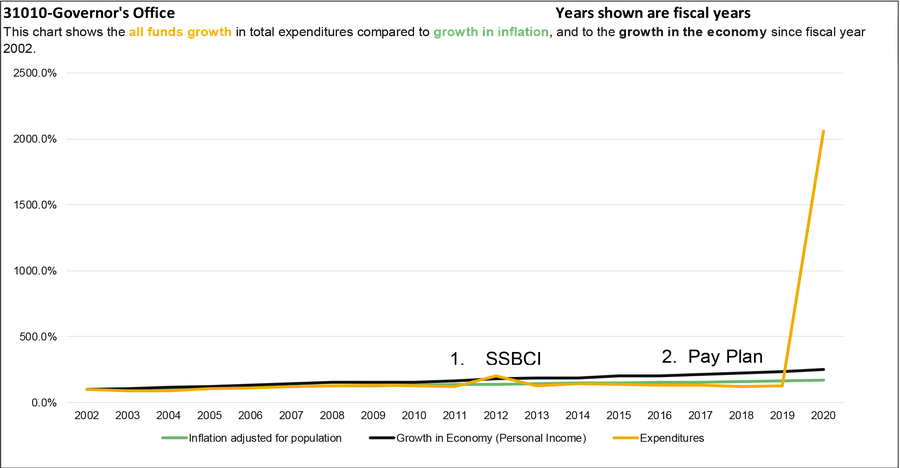 Due to the unusual amount of federal Coronavirus Relief Funds (CRF) that the Governor’s Office received from the federal government, which totaled $1.25 billion in appropriation authority in FY 2020, the expenditure growth in FY 2020 was 2,062.0%.  Federal expenditures of $93.0 million for CRF in FY 2020 is reflected in the chart.

In general, all funds growth is total expenditures for the Governor’s Office has been lower than the rate of inflation adjusted for population.  The following list discusses in more detail the inflection points on the charts. 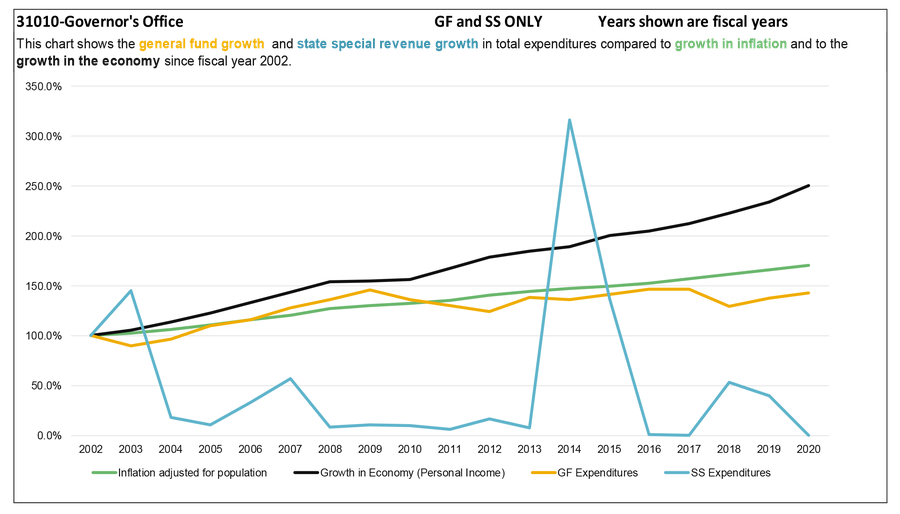 For the most part, the Governor’s Office is supported by general fund.  The increases and decreases shown in the figure above include: