The Judicial Branch's mission is to provide an independent, accessible, responsive, impartial and timely forum to resolve disputes; to preserve the rule of law; and to protect the rights and liberties guaranteed by the Constitutions of the United States and Montana.

The Judicial Branch provides services through the following courts and supporting functions. The Montana Supreme Court is a court of review and a court of original jurisdiction. The court has jurisdiction over appeals from all Montana district courts. This court also hears appeals from the Water and the Workers’ Compensation Courts. It has original jurisdiction to hear and determine writs, attorney discipline, rules governing appellate procedure, and practice and procedures for the other courts. It also has supervisory control of all state courts and the entire judicial system. Under this court is the Court Administrator who is the appointed administrative officer of the Supreme Court, administrative services, court services, and information technology development and support. The court uses boards and commissions to assist it in matters involving rulemaking and oversight of Judicial Branch functions in Montana. Among the boards and commissions within the branch are the: Sentence Review Board, Commission on Practice, Commission on Courts of Limited Jurisdiction, Judicial Standards Commission, and the Judicial Nomination Commission. The Clerk of the Supreme Court, an elected official, conducts the business of the Supreme Court, including controlling the dockets and filings, managing appellate mediations, maintaining the official roll of Montana attorneys, and licensing for the attorneys.

The Water Court adjudicates state law-based water rights and federal and Indian water right claims. The State Law Library, governed by the board of trustees composed of the seven members of the Supreme Court, provides resource information to the public and those working within the court system. 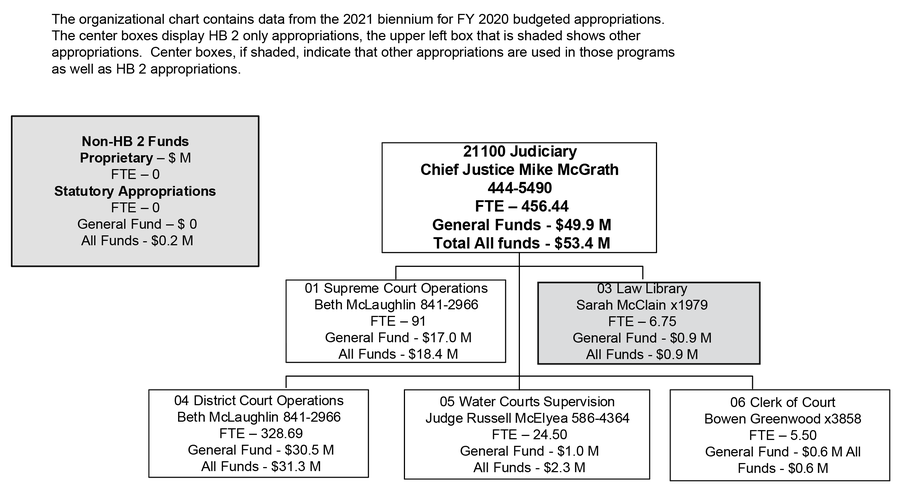 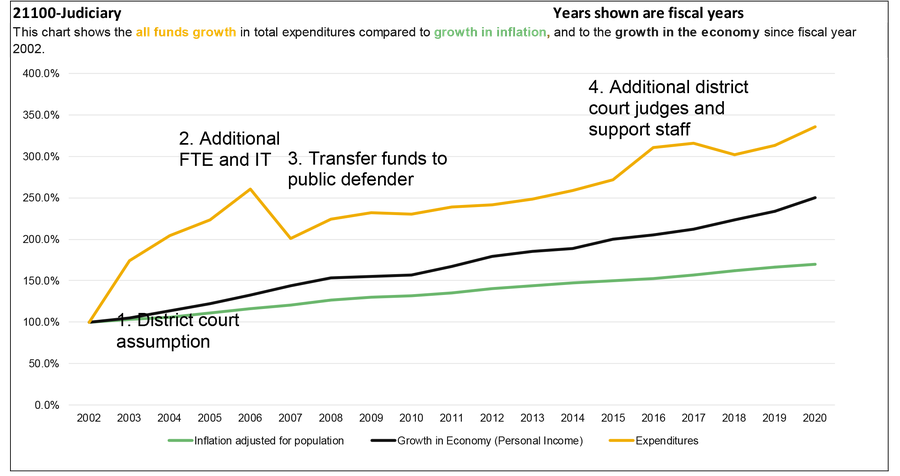 The following list discusses the inflection points in the charts in more detail: 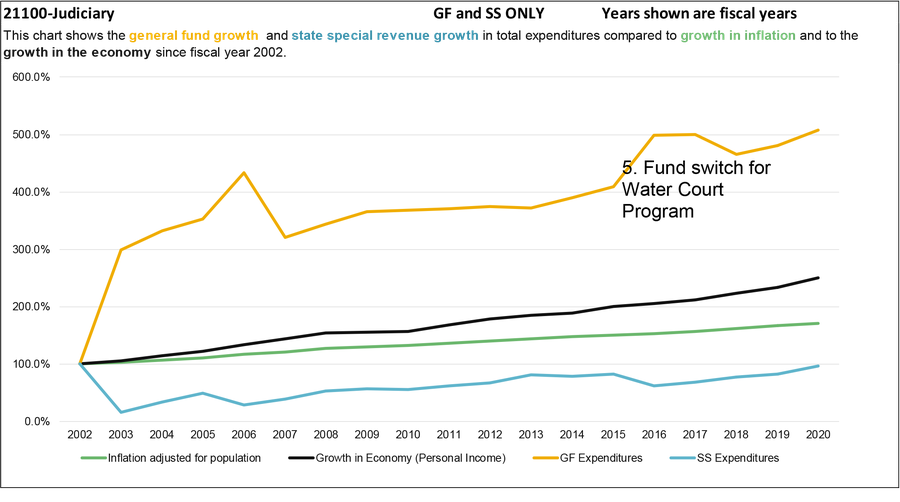 State special revenue growth remained fairly constant during this time with the exception of a decrease in FY 2016 due to a fund switch of $1.1 million for the water court program.

The 2015 Legislature adopted HB 233 which transferred administration of juvenile placement funds to the Judicial Branch from the Department of Corrections.

The 2011 Legislature added an associate water judge to the water court in HB 587.

SB 127, Revise laws on the selection of municipal court judges

SB 141, Prohibition on alteration of law by state court