The Legislative Branch consists of the:

The Senate and the House and their supporting divisions enact the laws of the state and fund and monitor all of the functions of state government. The branch also includes 19 interim and administrative committees. The primary statutory references defining duties and responsibilities of the branch are found in Title 5 of the MCA and Article V, Section 10(4) of the Montana Constitution.

Below is an organizational chart of the branch, including full-time employee (FTE) numbers and the HB 2 general fund expenditures and the total expenditures from all funds. Unless otherwise noted, all phone extensions are preceded by (406) 444. 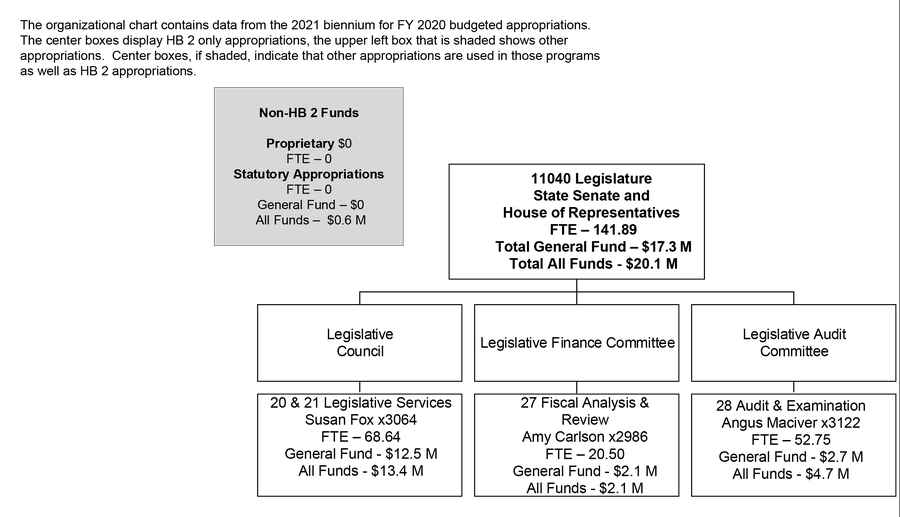 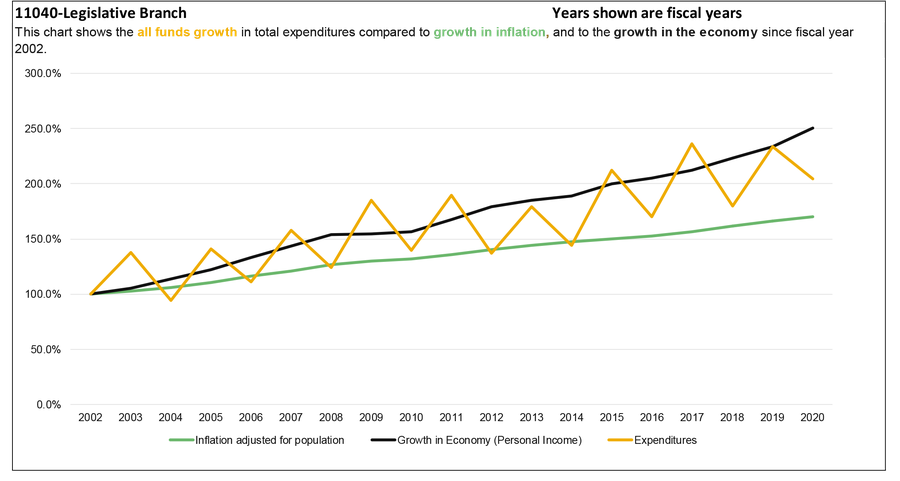 In general, all funds growth in total expenditures for the Legislative Branch has been between inflation adjusted for population and growth in the economy as measured by personal income. 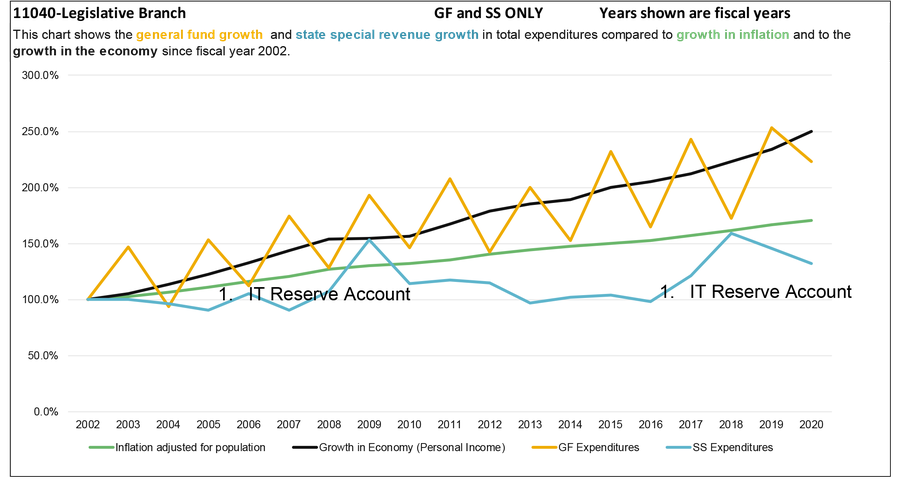 The following discusses in more detail the state special revenue inflection points on the chart above: